Disney diaries: "This really is a dream come true"

I'm writing this from the New York hotel in Disneyland Paris after the first day of what is shaping up to be a fantastic trip for 20 families whose lives have been turned upside-down by blood cancer.

This is such a great opportunity for these families to get away and spend some time together after going through some very tough times. It's also been lovely today to see people on the trip making friends and taking the chance to talk with others who have been through similar experiences. I have some messages and photos to share with you on this blog.

After meeting most of the Disney trippers at St Pancras, I spoke to some of them on the train. Many of the kids were bouncing off the walls with excitement. Team Nancy were playing the Leukaemia & Lymphoma Research Harlem Shake on an i-pad and dancing in the aisles!

In the next carriage, the Robinson family had come from Blyth for the trip. I spotted 9 year old Kayleigh writing a diary and asked her if she'd like to write an update to add here. She wrote:

"Robinson Family from Blyth.
We set off yesterday tea time on the metro to get the train to London that was 3 hours long, then we got 2 tubes to our hotel, we stayed there overnight and got the euro-star this morning. I am excited to go to Disneyland Paris and meet my favourite princess Belle."

The Robinsons were getting into the Disney spirit early, donning mouse ears on the train! 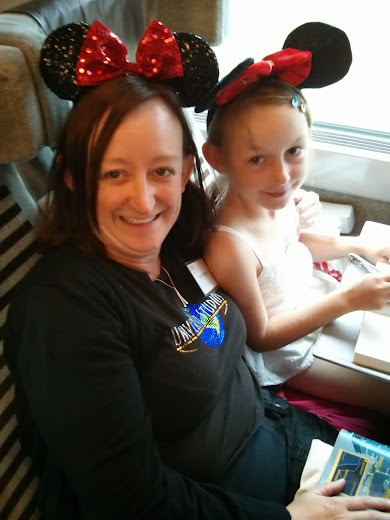 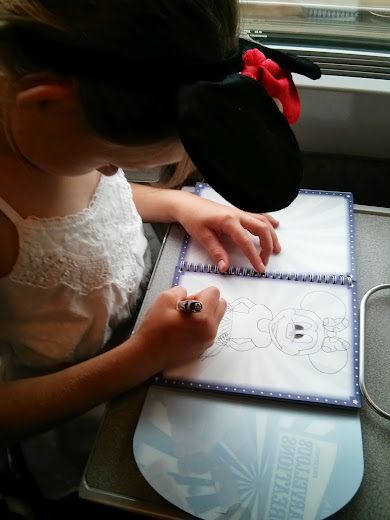 Kayleigh with her mum Lynne.

Kayleigh's brother Carl, who is also on the trip along with dad Michael, was diagnosed with Hodgkin Lymphoma in 2011. Lynne teamed up with Mel Shorey to hold a fundraising ball which raised over £2000 for Leukaemia & Lymphoma Research.

Cat Beausang is on the trip with her two children Orla and Louie who tragically lost their dad Pat to lymphoma in 2009, just three and a half weeks after he was diagnosed. Orla is organising a massive fundraising fancy-dress ball for Halloween to raise money for Leukaemia & Lymphoma Research, which sounds awesome! Cat  writes: "Just begun our adventure to Disney Paris! So so excited to go. We have met some fantastic people and we are eager to try every ride! Thank you Leukaemia & Lymphoma Research!" 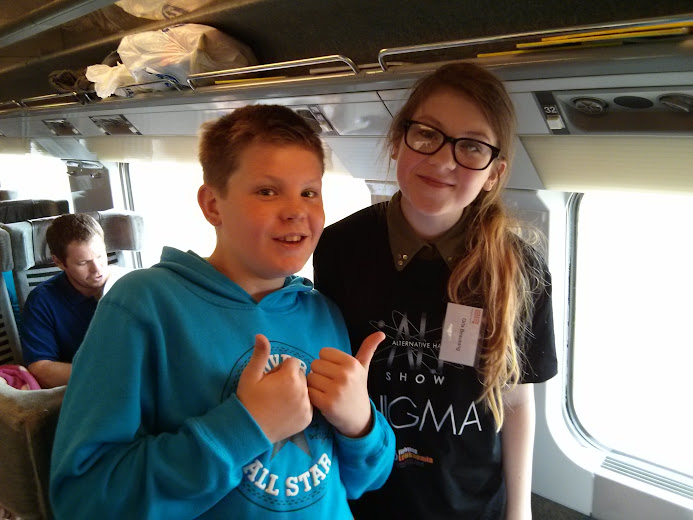 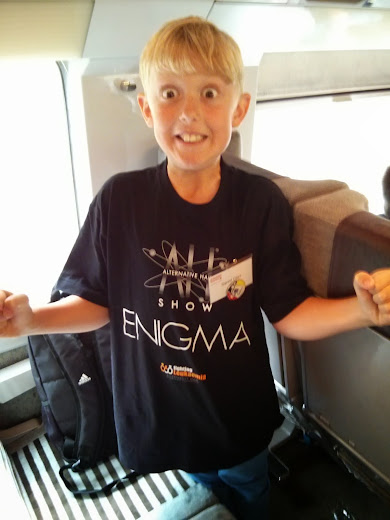 Orla and Louie look pretty excited but I think the prize for excited face of the day has to go to Dan Giles (9) who basically looked like this the entire way to Disney!

Dan and his mum Kate wrote this message for this blog:
"We're so excited to go to Disneyland Paris, we're making lovely new friends and really look forward to all the rides. Our favourite rides are Rock 'n'roller coaster, tower of terror, Buzz Lightyear and Space Mountain. This really is a dream come true, thank you so very, very much!!! xxxx :)"

Dan's mum Kate has lymphoma and said before coming on the trip "I'm a great beleiver in the power of empathy and think it will be a very positive experience for us both to find out how others live their lives in the shadow of blood cancer and how they cope."

When we arrived at Disney we all checked into the New York hotel, and the families enjoyed an afternoon in the park before meeting up for dinner, which was really delicious and involved the most enormous spread of cakes!

The park was a lot quieter than I thought it would be this afternoon, which was great. Steph, Ikram and I even had a boat to ourselves on Pirates of the Caribbean: 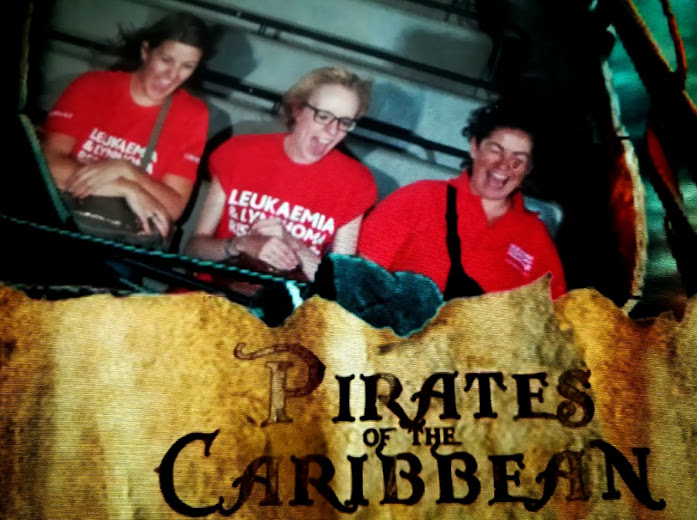 When we got off this ride Ikram commented that she'd got damp jeams from sitting in water. I said "That's funny, mine are dry. I suppose the seat might have been sloping towards you." Apparently this equates to an insulting comment about how Ikram's weight tipped the boat, which wasn't what I meant! Oops, sorry Ikram!

Another faux pas I've made today: turning the tap with C on it and getting annoyed when the water is boiling. French word of the day is chaud (hot).

The weather was also very chaud this afternoon, hopefully more of the same tomorrow! I leave you with this picture I took after dinner on the way back to the hotel, exhilarated parents Glenn and Joel wished me to inform you that they are "living it large". 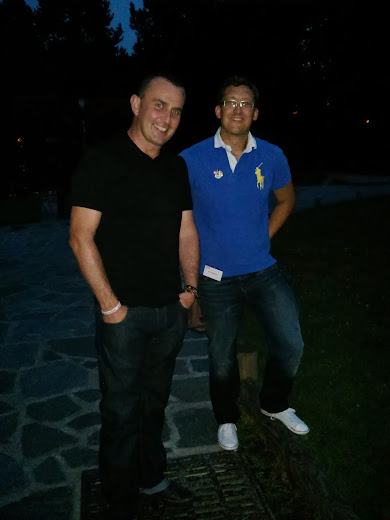 So good to read you are all having fun. Enjoy the rest of your trip! xx

Thanks for the update, Ellie.  Great to learn more about the families on the trip.  Love the Pirates of the Caribbean 'ladies holding handbags' action shot.  Hope you all have a ride-tastic Saturday.

Fab blog Ellie. It is really lovely to read that we are helping families live life to the full through this trip.

Sounds like they are having an incredible time. I hope they continue to get lots out of the trip. Keep the updates coming!